Goodreads Synopsis:
Though she tries returning to the life she knew before the accident, Pierce can't help but feel at once a part of this world, and apart from it. Yet she's never alone . . . because someone is always watching her. Escape from the realm of the dead is impossible when someone there wants you back.
But now she's moved to a new town. Maybe at her new school, she can start fresh. Maybe she can stop feeling so afraid.
Only she can't. Because even here, he finds her. That's how desperately he wants her back. She knows he's no guardian angel, and his dark world isn't exactly heaven, yet she can't stay away . . . especially since he always appears when she least expects it, but exactly when she needs him most.
But if she lets herself fall any further, she may just find herself back in the one place she most fears: the Underworld.


My review:
So the first thing I did was look at the summary, which got me interested. Go ahead, read it. It's amazing, right? It makes you want to drop what your doing and read it. And the cover? It's stunning. But after reading it I was a little disappointed. Don't get me wrong, it was interesting to read about mythology, but it just got BORINGGG! 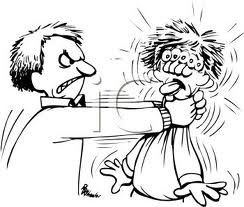 This is what I wanted to do to the main character, Pierce. She was an idiotic, stupid, childish girl, who kept changing her loyalties. That's one thing I absolutely hate about characters. If they have no back bone then it just makes the main character look weak. She just made me want to hit my head against a wall. Really hard. -_-  John on the other hand, was dark, tall, and handsome. He had little to say to Pierce, and was distant towards her. But his character was well written.


The plot is based on the Greek gods: Hades and Persephone. The story takes place in Isla Huesos (it's not a real island). However, the island is based on the real island, , which is the southernmost point in the . When the Europeans discovered it, was actually covered in HUMAN BONES. :O And the original name for is Cayo Huesos. Okayyyy.... Back to the review. Like I was saying, I liked that the setting took place on an island. And the idea that hell is beneath this island of bones was very interesting to read. The story dragged on and on and it seemed like it was going no where.


Pierce has been haunted by a mysterious young man for most of her life. When she was 15, she had a near-death experience and met him (John) in a strange place (hell). After her encounter, John has been protecting her when ever she's in trouble. But now that Pierce had moves to Isla Huesos with her mother, John wants her to come home. Thus begins Abandon.


I love the Hades/Persephone myth, but sadly this first book was a little disappointing. Not a lot happened, the plot was kind of dragging and the main character was ridiculously childish. BUT hopefully the second book in the series will be better. *fingers crossed*
Posted by Sammy at 1:08 PM