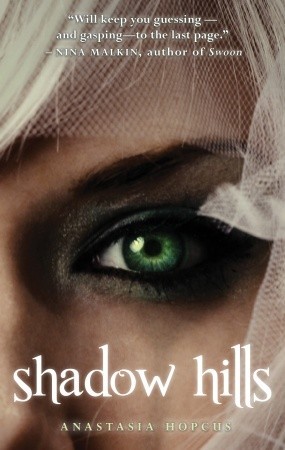 After her sister Athena's tragic death, it's obvious that grief-stricken Persephone "Phe" Archer no longer belongs in . Hoping to make sense of her sister's sudden demise and the cryptic dreams following it, Phe abandons her bubbly LA life to attend an uptight East Coast preparatory school in -- a school which her sister mysteriously mentioned in her last diary entry before she died.


Once there, Phe quickly realizes that something is deeply amiss in her new town. Not only does Shadow Hills' history boast an unexplained epidemic that decimated hundreds of its citizens in the 1700s, but its modern townies also seem eerily psychic, with the bizarre ability to bend metal. Even Zach -- the gorgeous stranger Phe meets and immediately begins to lust after -- seems as if he is hiding something serious. Phe is determined to get to the bottom of it. The longer she stays there, the more she suspects that her sister's untimely death and her own destiny are intricately linked to those who reside in Shadow Hills.

In many paranormal books you can guess in the begining of the book what the paranormal aspect will be. Whether it's about werewolves, vampires, or dragons, you have a small idea what the book is going to be about. However, with Shadow Hills, I had no idea what I was getting into. It starts off in the category of what-the-hell-is-going-on and it kept me on my toes! This book left me guessing throughout and I couldn't figure out what it was going to be about. That is pretty impressive when a book can keep me on my toes since I am very good at guessing the general plot of the book.  To be honest, I don't remember much of the plot, but I do remember loving this book. It definitely has potential to be a very good series.