Blinded by a mysterious seizure when she was three years old, Bash Martin has managed to carve out a normal life for herself as an adult. Yet she still yearns for a deeper connection with her twin sister Lily, who has always been jealous of the attention their parents bestowed upon Bash due to her disability.

A dream vacation seems like the perfect chance to heal their relationship, but Bash soon realizes there is something terribly wrong with Lily and that her sister is hiding a dark secret. And when a supernatural fire engulfs their hotel and corpses come back to life, the sisters are plunged into a nightmarish world that threatens not only their lives, but their very souls. 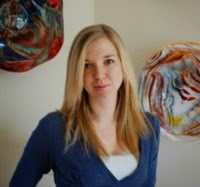 Sci-fi junkie, video game nerd, and wannabe manga artist, Erin Hayes writes a lot of things. Sometimes she writes books, like the fantasy mystery Death is but a Dream and the sci-fi middle grade book Jacob Smith is Incredibly Average.

You can reach her at tiptoegirl87@gmail.com and she’ll be happy to chat. Especially if you want to debate Star Wars.

Lily’s thoughts drifted back to Seth, and her heart ached thinking about it. He treated her like some sort of stranger now too. Like he hadn’t arrived that night to see her. Like there wasn’t any sort of connection between them.
She thought back to their impending ski trip in two weeks’ time and wondered yet again why she agreed to go along. Maybe it was because Bash had allowed her to choose where they would go and offered to pay her way. Maybe it had to do with the fact that Seth was going.
She combed her fingers through her hair. The tears really were forcing their way down her cheeks now. Nothing felt fair to her.
Liii—iiiillyy.
Shut up! she screamed mentally.
Unfortunately, the voice wouldn’t hear of it.
She’s marrying him, Lily. Him. Your soul mate.
She was trying not to listen to the voice. It was just very difficult to ignore its insistence sometimes.
“No,” she whispered. “No, they’re not getting married.”
There was no way they were getting married. Bash would’ve at least told her that. Right? And with the ski trip to Colorado coming up soon...
No, they wouldn’t be getting married. They’d only known each other six months for Christ’s sake.
You’ll see, the voice said smugly. You’ll see. You’ve failed us Lii—illlly...
She rubbed her palms to her eyes, feeling her soul break at the admission. All she wanted her entire life was to be loved. Now, she really was never going to have her happy ending.
A rustling sound made her glance up into the trees, which were swaying even harder now, despite the lack of wind, like an invisible person was shaking them. She frowned, feeling an overwhelming sense of negativity sweep over her. She shivered involuntarily.
You’ll see.
Giveaway: