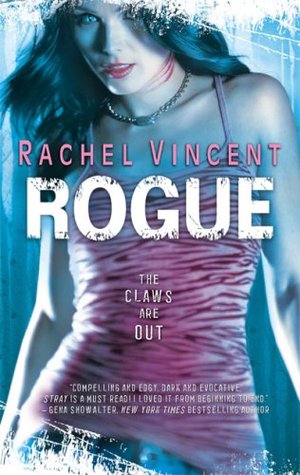 I know that better than most. Since rejoining the Pride, I've made big decisions and even bigger mistakes: the kind paid for with innocent lives. As the first and only female enforcer, I have plenty to prove to my father, the Pride, and myself. And with murdered toms turning up in our territory, I'm working harder than ever, though I always find the energy for a little after-hours recreation with Marc, my partner both on- and off-duty.

But not all of my mistakes are behind me. We're beginning to suspect that the dead are connected to a rash of missing human women and that they can all be laid at my feet--two or four, take your pick. And one horrible indiscretion may yet cost me more than I can bear...

My Review:
So I gotta say Faythe has started to show some mature qualities since the last book. She isn't perfect, but she is more bearable. She is still dumb at times, annoying and self-centered, but she has caring qualities for the people around her. She has learned when to hold her own and when to fold now that she is an enforcer. And I hope her character continues to mature in the upcoming books.
As the story continues, in this book we learn that Faythe has become the first female enforcer in her Pride. Her partner in crime on and off duty Marc, is still a jerk (in my opinion) but he has started to show more restraint. He has become a little better at handling himself and ordering Faythe around. But when dead bodies start to appear in their territory, everyone is freaked out because these tomcats are being killed by a tabby (one of their own). To figure out who is after female strippers and tomcats, Faythe and Marc must come together as a team before someone close to them gets hurt.


I loved the encounters between Marc and Faythe when they fight as a team. Neither one of them is willing to back down which causes tension in their relationship. I also loved their arguments. Overall, I thought the plot of this book was good. The back story of the kidnapped tabbies in the first book had some promise by the end of the first but I felt there were some missing pieces---some were answered in the second book. I truly hope the third book has more promise for Faythe and Marcs relationship and hopefully they can work things out. (If not then I don't mind Faythe and Jace getting together!)
Posted by Sammy at 11:49 AM