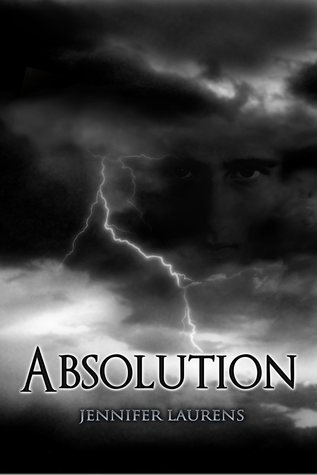 Zoe's secret is out. And the powers of Hell are ravenous to claim her soul. Her brother, Luke, knows her secret: that she sees both good and evil spirits. Her boyfriend knows. At least Matthias is her guardian angel again. But now Hell's most ruthless leader will stop at nothing to have her soul. Albert, Matthias' father, is relentless in his hunger for Zoe. He wants to destroy Matthias and will use Zoe to do so. The battle between Heaven and Hell tests everything Zoe has. As she witnesses everyone important in her life suffering, she's brought to the ultimate choice: will she sacrifice her soul to save the ones she loves?

The title is very fitting compared to what happened in this book. It was fast paced and the ending was heartfelt. Zeo is battling against Albert, Matthias' father who wants nothing more than to claim Zoe's soul. And to top it off, her stoner brother knows about her secret: she can see good and evil spirits. Her family, boyfriend, and best friend are in danger and Zoe is the only one who can save them from Albert. Zoe's fight for survival is challenged, but can good conquer all?

Although, the plot was intriguing I found some issues with this book. First, why the heck wouldn't Zeo end up with Matthias? I hated the ending! Second, why is Zeo with a guy who tried to rape her!? Finally, I felt like Britt's story was left unanswered. I wanted to know what was going on in her life, but Laurens doesn't explain further. Overall, a quick read, a new take on Angels, and an interesting plot.
Posted by Sammy at 7:47 AM