The Benighted by A.M. Dunnewin The King was dead. His body was found slain in his room, only months after his son had been brutally murdered. Skylar Mandolyn, his daughter, has now become the last heir to the throne. But instead of becoming Queen, she was imprisoned for helping in the escape of Sir Harlin Brien, her knight who was framed for the King’s murder.

Confined to darkness, Skylar's captors have given her no choice but to yield to a new kind of enemy: a domain that has advanced in both technology and warfare. It's only when she refuses that the prison uses other means of persuasion. Though unmerciful, the whip lashings and isolation can't suppress her memories. She's forced to face again both her brother's death and her father's emotional decline, though even the darkness can't hide the deceptive hands that have tormented them all. Advisor turned adversary, Cross Lutherus has brought the ancient bloodline to its knees, and Skylar is the only Mandolyn left to feel his wrath.

With two kingdoms on the brink of war, and the end of her life drawing near, Skylar's only hope is in the person who haunts her the most – Harlin, the knight who was sworn to protect her. His presence surrounds her when the darkness screams louder than the prisoners, when Death smiles a faceless grin in between the cracks of the stone. And it's his strength she embraces just as the tremors start to rise from the deep, crawling up through the prison's walls to terrorize the benighted realm and all its souls.

The mystery was never how Harlin escaped. It is how he will return.

From the synopsis, it is obvious that this book will be dark and very deep. The description of the princess in the prison shows how detailed this book will be and it will be an emotion ride. The summary definitely intrigues the reader and I can't wait to get my hands on this dark story! 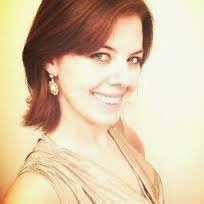 A. M. Dunnewin inherited her love for mysteries and thrillers from her family, which motivated her to pursue a B.A. in Psychology with a minor in Criminal Justice. Although her stories cover a wide range of genres, she primarily writes historical fiction and thrillers. An avid reader at heart, she's also a passionate collector of both antique books and graphic novels, and has been known to search for stories in the most random places. She lives in Sacramento, California.

"Don't be disheartened, Princess," Kingston continued, pulling her attention back to him. "You're just another tool when it comes to the games of men."
Her hand tightened around the metal that wrapped around her knuckles, still hidden from view.  "Is that what you think?" she growled.
"It's what we all know."
Skylar took one last look at his unmarked face before she backhanded him with her fist, the brass knuckle slicing across the side of his face. He screamed from the shock of the force, and from the pain that trailed along right behind it.
"How does that change feel?" she asked before using that same fist to punch the other side of his face, impacting his teeth through his cheek and smashing passed his nose. Taking a step back, Skylar surveyed Kingston's bleeding face and the wild fear that sparked in his eyes when he stared back, pain and panic-stricken.
"You cannot stop what has to come to pass!" he shouted, using the sound of his words to regain his confidence. He had begun to fall forward, his equilibrium working against him, until Harlin grabbed him by his collar and pulled him back.
"You're right," she falsely agreed, grabbing him by his jaw and bending close to his face. "If they ever let you speak again, let your comrades know that they will get change." She struck him with the brass knuckle before he could speak, making him wail.
"Let them know," she continued before striking his face again, "that killing my brother wrote their own deaths!" She rammed the metal hard into his face now, his screams choked out from the impact that was cracking his jaw bone. "I am the change they will forever regret!" Each following word rose higher in anger, and in between each word she struck him. "Because I. Will. NOT. YIELD!"
The guard was semi-conscious and bleeding by the time Skylar stepped back again and realized what she had done. She could almost see herself, fading into the rain that was pouring down around them, her hood long thrown off, steam rising from the burning adrenaline that had made her sweat. The grey-green world washed away down the prison walls, the cold stone surfacing just enough to be recognized. But despite the phenomenon, he was still there watching her. She gasped to say something to the hazy figure that was Harlin, still standing behind the guard, still keeping him upright.

Excerpt #2
The screaming that woke her was not a natural scream. It was a scream with a thousand voices, all bellowing forward, all in their own misery. They rose up in the dark, scraping their cold nails against the prison walls, forcing her to open her eye to know that it was real. But when she did, all she found was her mouth quivering and her throat hoarse from the agony that had been all her own.
There was a bright glow flickering at the corners of her vision, and she found that against the wall across from her was a golden shadow casted by a candle in a glass lamp. She felt something light fall across part of her back, and felt the last whimpers of a scream fade out into the air.
"Forgive me, Your Highness," the Physician's voice broke in, soft and full of pity. "It's the only way I can help you."
She felt his warm hand touch her forehead, then her temple. When he moved his hand away, all she saw was the candlelight in the lamp, not knowing that the Physician had moved to grab the small cup they had given to her for water. Looking about him, the Physician secretly mixed some of the Thymelock salve into the water. "You've been having intense dreams," he commented as he worked, trying to sound as matter-of-fact as possible. "Intense pain creates them. Dreams become demons. Memories become monsters."
Skylar could only lay still, her lip quivering from the anguish.
"Drink this," he murmured closer to her now, lightly rolling her over just enough to lift her head.
Skylar moaned when he moved her, but as she felt the rim of the cup against her bottom lip, the cool liquid slipping into her mouth, her body automatically embraced it. She gulped the liquid, feeling it as it washed down her throat and hit her bare stomach. The cup was removed, and the moment her head rested back on the straw, the chemicals from the Thymelock had consumed her.
The numbness was like nothing she had ever felt before. It was paralyzing and relaxing, melting the tension in her body and warming it from the cold. But in the peace that held her down, something in the corner of her mind stirred. Skylar looked out past the candlelight's edge, and out from the darkness she saw the memory coming, moving on hands and knees, dragging itself across the stone floor towards her. There was no hesitation when, in all its torment, it reached out and grabbed her.

Excerpt #3
Skylar snapped awake from her hazy depression, looking about her and realizing she had walked further into the grounds than before, further than the pond would have allowed.
The pond.
Her eyes scanned the edges of the walls, a terrible realization sinking in the further she pulled her gaze away from the landscape, the ground never changing from the snow white that extended out from the wall to where she was standing. Her eyes fell on her feet, and very slowly she slid her foot across the surface, scrapping the snow away and revealing the ice hidden underneath just as the first sounds of cracking found her ears.
"Skylar!"
She looked behind her, witnessing Harlin running as fast as he could underneath the bare Crimson Bride trees towards her. There was a single loud crack, and that's when the ground broke underneath her, causing Skylar to freefall into the freezing waters that were trapped under the ice.
She fell almost sideways, hitting part of the weakened ice with her body weight, then falling straight through. The ice cold water swarmed around her, engulfing every inch of her in a sharp icy pain, and it froze her long after it had swallowed her under its wake. Opening her eyes, she fought to keep her breath in while every inch of her wanted to gasp from the cold shock of the ice water, and she found that she almost couldn't move, the cold stabbing at every pore while the weight of her dress worked against her.
Skylar found the ice above her was light except for a patch of dark blue. She kicked her legs as best as she could, scooping her arms around her in order to move upwards. The air in her chest burned, her lungs demanding oxygen. She saw the ice above her, the light of the snow surrounding the opening she had broken through. Panic tingled down her spine and forced her legs to kick, pushing her upward. Just as she lost the last of her air, the surface of the pond broke through and her head shot up into the open air, gasping as her arms wailed around her trying to keep herself afloat.
"SKYLAR!"
The voice flung itself at her as Skylar paddled as best as she could towards the nearest chunk of ice. She tried to push herself up on top of it, but the ice broke, and she fell back through, almost falling completely under again. The weight of the water-logged dress started to feel heavier now, the exhaustion of moving in the ice cold waters taking its toll on her.
She tried to paddle to the ice again, throwing her arm over the ledge so she could pull herself up. But she was too weak now, too tired, too shaky to lift herself. And so there she remained in the water, shivering and burning from the cold, looking out across the snow towards the voice who had been calling her name.
Posted by Sammy at 8:46 AM

Email ThisBlogThis!Share to TwitterShare to FacebookShare to Pinterest
Labels: Spotlight