(The) Reckoning #3 by Kelly Armstrong 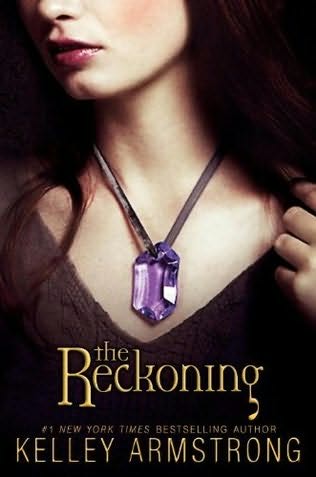 Chloe Saunders is fifteen and would love to be normal. Unfortunately, Chloe happens to be a genetically engineered necromancer who can raise the dead without even trying. She and her equally gifted (or should that be 'cursed'?) friends are now running for their lives from the evil corporation that created them.

As if that's not enough, Chloe is struggling with her feelings for Simon, a sweet-tempered sorcerer, and his brother Derek, a not so sweet-tempered werewolf. And she has a horrible feeling she's leaning towards the werewolf...

Chloe and the gang have finally tracked down Derek and Simons father. They want him to help them defeat the Company and save the other supernatural they are holding prisoner. As the days go by with planning an attack, Chloe is getting stronger with her powers. The others are also learning how to control their abilities. Chloe and Derek are getting closer and their relationship is getting stronger. However, Chloe still has some feelings for Simon, but she can't decide who to chose. Although she's leaning towards Derek....AHHHHH I hope Chloe picks him!!!!


The plot is getting suspenseful and the characters are learning secrets about their life and why they were chosen by the Company. As new secrets are revealed so are the  people behind all this craziness. I found it amazing that Armstrong was able to create these characters with mature actions. Derek was never afraid to lay it out for Chloe. When he knew she was wrong or made a mistake, he didn't beat around the bush. He told her straight up she was wrong. And I loved that Chloe admitted to her mistakes. I know for a fact that it is hard to admit when you're wrong, but Armstrong created these characters with so much realistic qualities that they make the story believable. One thing I had a problem with was the ending. At the end I was just like 'seriously, that's it?' I was hoping for more of the unanswered questions to finally be answered. But this story doesn't end in this series There is a similar series by Armstrong called The Calling which takes place after Chloe and her gang. Overall, a good read, entertaining, and fast paced.
Posted by Sammy at 9:38 AM