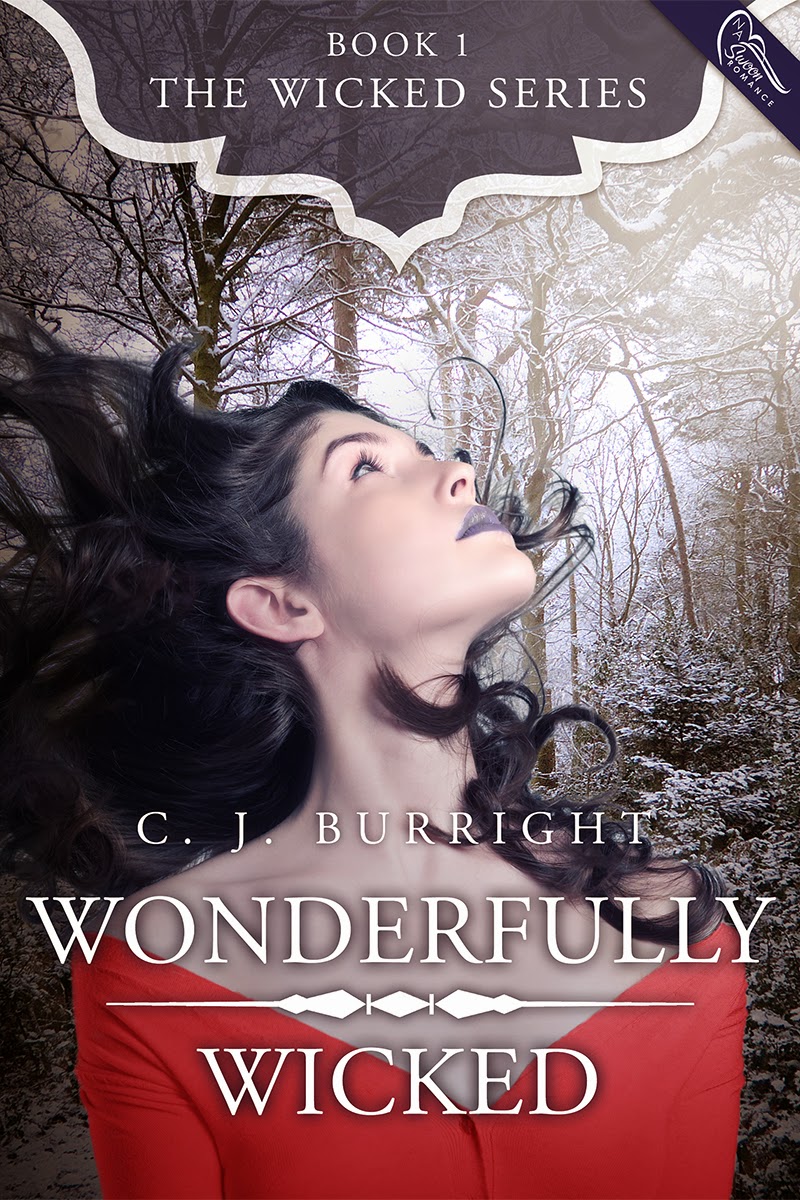 Genre: Dream-catcher
Published: May 13, 2014
Release date: 12/2013
Series: The Wicked Series
1. Wonderfully Wicked
2. TBA
Goodreads Synopsis:
A dreamcaster with the ability to channel creatures from her nightmares, headstrong and cynical Kalila Montgomery longs for a peaceful, picket-fence life…until the man literally of her dreams kidnaps her. Survival quickly becomes her number one goal, yet a growing attraction to the man in her nightmares is impossible to ignore. While she fears he will kill her, other, more terrifying enemies surround her, and Kalila succumbs to his scheme to escape. She may be his one hope for freedom…A deadly combination of power, cunning, and cold-hearted charm, Lydon v'al Endrian fears nothing. Feels nothing.

Chained to a brotherhood of men with the supernatural ability to invade dreams, he hunts dreamcasters to be harvested for their dreams and killed. His target: Kalila Montgomery. But Kalila awakens an undeniable dark desire and a longing for a freedom long-lost. To gain everything he craves, Lydon must seduce Kalila before his plot is discovered…a hopeless challenge which, if failed, will earn him a death-sentence. Caught up in a dangerous world of secrets and obsession, doubt and betrayal, Kalila and Lydon face the nightmare of their lives, where love will either deliver them—or destroy them both.

About the Author
CJ blames her love for reading and all things Medieval on her father, who plied her often with fantasy novels ranging from Sir Lloyd Alexander to Piers Anthony.  Her love for romance, however, lies completely at the feet of her best friend Michelle, who dared to give her a romance novel for her birthday.  She smiled, politely said thank you, and tossed it in the corner, where it gathered dust.  In a moment of desperation, when only the revolting romance remained in her almost-always toppling stack of awaiting books, she sucked it up and read the romance.  Doomed.

She started writing fantasy and paranormal romance for the cathartic experience, decided she liked it, and after two overlong, horribly written novels joined RWA and the Fantasy, Futuristic & Paranormal special interest chapter.  Best classes and critique groups ever.  Double doomed.  Now, writing is a necessity, not just a hobby.

In her spare time, when she’s not writing or reading or actually working, CJ might be found in the dojang (4th Dan Black Belt, baby), rooting on the Mariners (who will some day win the World Series), working out (P90X, anyone?), gardening (a little dirt never hurt anyone), or playing Music of the Night on the piano (without mask or cape). She lives in  with her fabulous husband and daughter. Not to mention her minions, a herd of cats.

“I took great effort to see you.” His tone hinted the act made him deserving. “You sleep; I’ll keep watch. And my vow of yesterday stands. I won’t molest you.”


To her annoyance, her pulse danced a country jig. Whatever efforts he took on her behalf were of questionable nature, not romantic. She made a rude noise in case he held any such illusions.
“Keep watch for what? No one besides you could reach my window and my door’s bolted.”
Lydon laced his hands behind his head, his lips twitching as though fighting a smile. “Then I’ll watch you. Like before.”
Horror prickled over her in a rushing tide. She leapt up. “You watched me sleep? Not skulked around in my bedroom to attack me?” She groaned, imagining him watching her drool, snore, or grind her teeth.
He laughed, low and warm. “You’re so lovely when you dream, Lils. An angel.” He patted the empty spot beside him.
Her traitorous body, defenseless against him, obeyed. The red, silken comforter hissed beneath her knees while she climbed onto the opposite side of the giant bed. The lone lamp by the bed cast a mystical glow over Lydon, catching golden highlights in his light hair, the silver shards in his eyes. “Watching people sleep is creepy.”
He shrugged. “Not people, just you. Besides, I am creepy.”
Definitely not creepy. Kalila settled into a cross-legged position and fixed him with a no-nonsense look. “Since it seems you have nothing better to do than lie there like a sloth, be useful and fess up. Why am I being treated as some freaking porcelain doll in a glass case? How can my nightmares benefit the V’alkara? Can the V’alkara really take my dreams away? None of you seem sick—and no, mental doesn’t count—so what’s wrong? And when will you take us home?”
Lydon jiggled one black boot. What she thought might be disapproval flickered in his eyes. “I won’t waste our alone time answering inquiries. I have other plans.”
She swallowed hard. Maybe she’d misjudged him. Maybe he was so confident in his assassin abilities—and her helplessness—he felt sneakiness was unnecessary.
He sat up in a blink of an eye, moving with inhuman speed. One large hand was planted next to her knee. His breath fanned her chin. The scent of the outdoors and a tinge of smoke drifted from his clothes. His voice whispered spider-soft.
“Do you care to know what other less attractive names some call me?” The world seemed to shrink to Lydon and the force of his gaze. “Angel of Ruin. Living Nightmare. Scourge.” His eyes gleamed, darkened. “As you might guess from such monikers, peace in my life is rare. I’ll relish any fragments of it I happen to stumble across for as long as possible.”
His fingers trailed her cheek to cup her chin. In the span of a heartbeat, his face changed. From beautiful man to skeletal beast then back to beautiful man. A chill coiled around her soul, deep and cold as a winter storm. Who—what—was this guy?
“Do you feel it too?”
Kalila’s heartbeat rumbled in her ears, kicked at her throat. Her fingers jerked with a fierce need to touch him. Instead, she fisted the blanket. Admit nothing to the enemy. Yet the urge to nestle her cheek into his palm and purr grappled with reason. She had to take control before she did something stupid.