The V Girl by by Mya Robarts In post-apocalyptic North America, rape and sexual slavery are legal. Lila Velez, desperately wants to lose her virginity before the troops visit her town and can take it away by force. She makes plans to seduce her only friend, Rey, the most attractive man in her town. Lila does not love him but he is the only man who has shown her true affection, an affection she is willing to take as a substitute of love.

Lila’s coping mechanism to her mother’s rape and kidnapping is her secret. A secret that will bring her closer to Aleksey, a foreign, broody man. Lila does not trust him because his links to the troops and his rough, yet irresistible appearance. Aleksey offers Lila an alternative to her plans, a possibility that terrifies her…and tempts her in spite of herself.


All the while Lila will have to find a way to live in the constant company of death, slavery, starvation, sexual abuse and the danger of losing the people she loves the most.

Due to mature content, this book is intended for +18 readers.

I am a bookaholic and regret nothing.


I spent years trying to become a contemporary dance choreographer. Eventually I realized that I enjoyed writing my stories rather than creating dances for them.

“Copulation without conversation does not constitute fraternization.”
Say among allied troops during WW2
Prologue
In the barely lit room, there are only some gym mattresses and a couple of mirrors. I’ve set the mirrors so I can watch myself losing the V of my nick name.
My “one-hour stand” climbs up the mattresses and touches my naked trembling body. His breathing becomes ragged, his eyes are dark.
I never imagined my first time like this. In my imagination, having my first time meant I would be in love.
I always thought I would only allow myself to be with someone in that way if I really, really, loved that person. He would also be unconditionally in love with me. He would be someone who would look at me as though I was his sun.
I wanted to lose my virginity to someone who adores me. Preferably someone who had said the five magic words: “Lila, will you marry me?” I wanted to have sex for the first time with someone I’d consider worthy enough to spend the rest of my life with. If I only had more time. Eighteen is too young in my book to have met the person to whom I want to commit my life.
I wish this occasion could have been a romantic spur of the moment situation. One thing leading to other in a natural manner and then...I wouldn’t be a V girl anymore.
That would have been an ideal situation. But I don’t live in an ideal world; I live in a world defined by a civil war.
My deflowering can’t be romantic or spontaneous. I’ve been preparing my first sexual encounter since I heard the troops were on their way to Starville.
I don’t love my sexual partner. He doesn’t love me either. But it has to be him or it is going to be a random guy from the troops…through force.
My “lover” hesitates for a moment. I feel his weight pressing me to the mattress. His body tenses. I wait for him to make the next move.  But I’m afraid he has changed his mind.

Rey is the only man I can think of who can serve my purpose. He’s the only boy in town who doesn’t despise me. He even protects me. Hopefully, he won’t find a reason to protect me from himself.

I don’t want to develop feelings for my best friend.  Because of my plans, Rey has been in my thoughts constantly since the troops announced their arrival, and I hate it. To distract my mind from Rey, I venture a little further in the water current.

Feeling fresh now that I’m clean and shaved, my mood improves. I splash and swim in the water, allowing myself to relax and play.
If I swim to the other side, I might catch Divine and Joey making love in the river beach. Perhaps I should get a little bit of last minute instruction.
A rumble brings me out of my reverie and then I hear some distant shots. My survival instincts wake up and I’m instantly alert.
More shots. It isn’t possible. Nobody in town has access to gun powder or explosives. You don’t get caught with them unless you want to get executed. They have to be soldiers. Patriot soldiers.

Just then I hear sounds above the current noise. Steps on the river beach. I’m barely armed not to mention undressed and unprepared. My razors might keep Starville peeping toms at bay, but they’ll be useless against soldiers.
I hear steps approaching and I wade away. In no time I find myself far from where I left my clothes. My best chance to safely get out of this situation is to avoid a fight. I can remain hidden if I move to the other side of the river behind the rocks. If soldiers see me so vulnerable and naked, I’m doomed.
I need to hurry. I have to head home soon and make sure my dad and siblings are safe.

The steps sound like they come from only one person but I can’t be sure. As they sound closer, I notice they come from my right.
I don’t know what I’m more afraid of: the intruder being an armed soldier or the fact of being caught so exposed.
Trying to not splash attract attention, I put distance between me and the steps. Hiding behind some bushes and rocks, I submerge myself, leaving only my head above the water line.

I stand still. Several minutes pass and I hear nothing. When I consider it safe to leave my hiding place, I swim, splashing as little as I can.
Then I notice something that makes my heart skip a beat.
I’m not the only person here.  There’s someone else treading the water.  I can’t see how many people are around, but I can hear as someone else splashes.
A feel of panic rushes hot through my veins.

I’m surprised no one’s attacked me yet.  Haven’t they seen me? Does the splashing come from Starvillers hiding from the shots as well?
For a moment there’s only silence. Then another shot startles me and I fight my body to keep calm. I swim as fast as I can, not caring about silence anymore. Better to put distance between myself and my possible enemies.  The water and the current make my escape slow. I reach a point where the water is only at my knees and I’m hiding behind a trunk.
Then I see him.

A young man, so tall and built that for a moment, I think he’s Sasquatch minus the fur. The water only covers him around the thighs. No one in Starville, not even Rey, is so big or built. His strong muscles reveal years of military training and hint at the drug use that makes Patriot soldiers so inhumanly tall and big. Wet strands of sandy blond hair run down his broad shoulders. A tattoo on his back tells me he has been in combat and is to be respected. A soldier! Something tells me he’s alone.

He’s in the very spot I left my clothes. I could wait for him to go, but what if others come to join him? What if they plan to camp here? I want to go home to check on my dad and the twins. The possibility of being discovered with no one to witness when he rapes me makes the hairs on the back of my neck prick. I won’t wait for the coast to be clear, risking discovery and gang rape.
He doesn’t seem to be in attack mode. The soldier is inclined and rubbing foam around his huge torso. He is bathing! I suspect he has a good reason to be unbothered by the shots. If he’s not startled, it’s likely whoever’s making the racket will take his side.

Suppressing the fear that runs through my veins, I force my mind to remain focused. For a moment, I consider attacking him while he’s so naked and defenseless. I’ve been practicing knife throwing with my rebel group. But I’m still learning and suck at it. I rarely hit the target. Besides, Sasquatch’s nakedness and apparent relaxed behavior are deceiving.  I’m armed while bathing, so he probably is too. What if he alerts his companions?

I don’t stand a chance fighting against a trained unit of steroid-injected soldiers. At this moment my only advantage is my knowledge of the hiding places of this river. And stealth. I can do stealth.

He’s blocking the only way to get my clothes and the safer spot to get out of the river.  There’s a gargantuan rock behind him that reaches not far from where I’m hiding. If I could climb it unseen, I could get back my clothes and escape. The only other option is to swim to the other side, where the current is too strong.

The soldier submerges frequently and emerges several minutes after. I pay attention to the soldier’s face.  He looks extremely sad.  Sadness isn’t an emotion I associate with soldiers.

When he rubs his face with foam and closes his eyes, I silently approach the low part of the current and climb the rock. I’m still naked and holding a knife awkwardly. If I can pass him, I’ll hide on the other side and then dress completely unnoticed.

I put my foot on the base of the rock. The water has made it smooth and slippery. There are few places to put my fingers and climb on. But I manage to climb my way up.

When I’m almost at the top, I toss my knife over the rock to free my hands. From here I can confirm the soldier is by himself.
Sasquatch is back under the water now and hasn’t resurfaced for a while. In spite of the danger, I’m impressed. He has lung capacity.
The higher I climb, the less visible I become to him. He finally emerges to take air, but I hide until he goes back under.
I’m close to my goal when my feet become slippery traitors.
I fall to the water below me.
Butt first. Straight toward the soldier’s head. 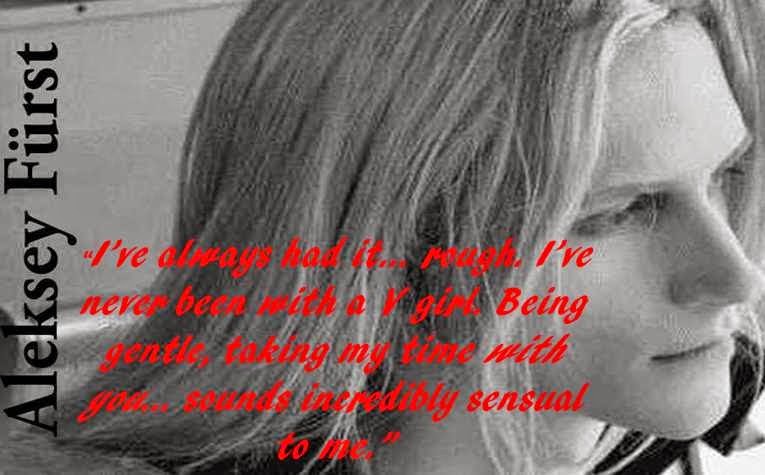 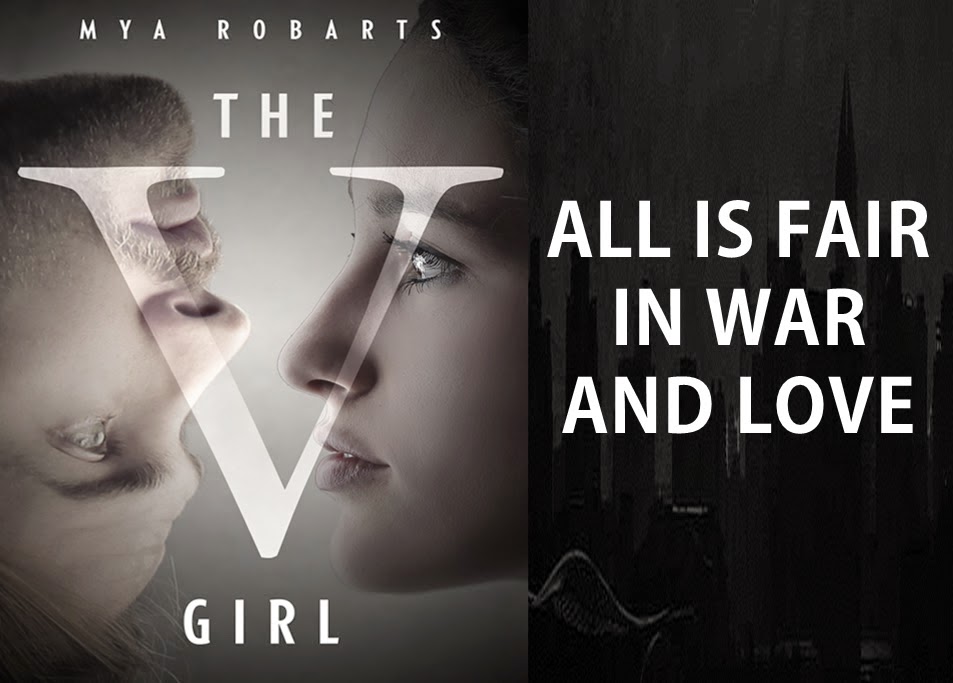 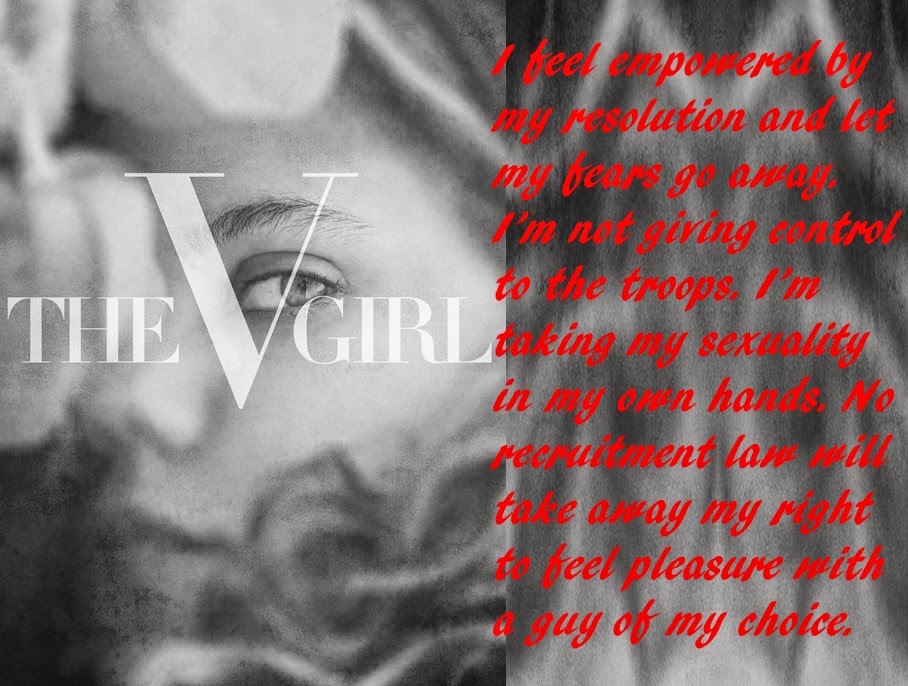 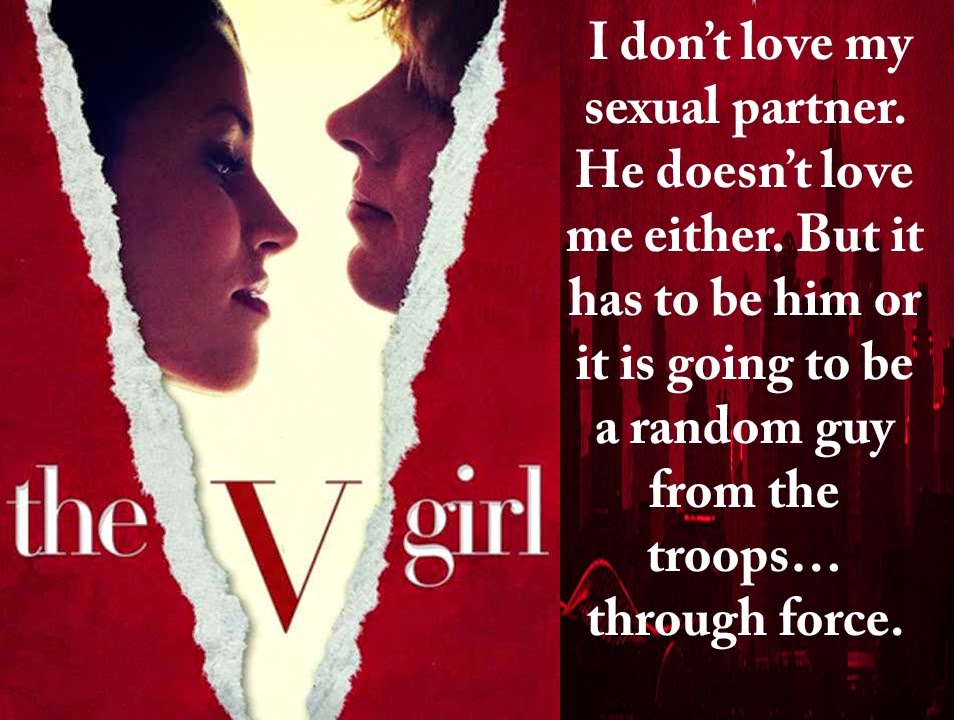 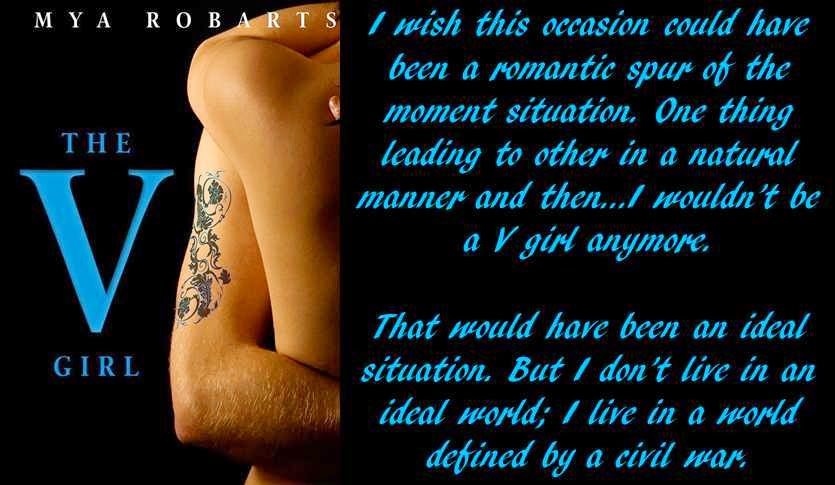