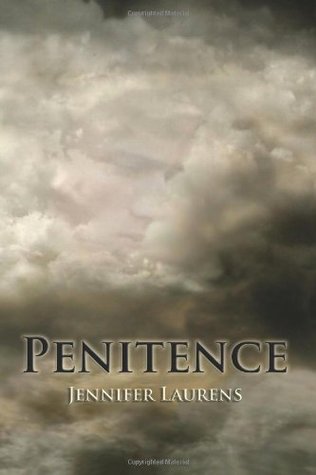 Book Two. Seeing good and evil spirits is a gift Zoe guards with her life. Despite her guardian angel's disappearance, Zoe forces herself to accept that she still has a purpose-but how does she carry the weight of her brother's drug abuse, the hardship of living with an autistic sister, and a best friend who's obsessed with a guy who only wants Zoe? She's never felt more alone. When a mysterious spirit appears, Zoe thinks she has a new guardian angel. Instead, her brother's addiction worsens, her parents are on the brink of separation, and her best friend tries to kill her. The spirit she thinks is her new guardian isn't there to protect her: he's out to destroy her family and seize Zoe's soul. . . for Hell. Will Matthias' return mean that he is Zoe's guardian angel again? Or is their love the reason the jaws of Hell now gape open?

Lauren effortlessly eases the reader back into this story without sounding too dull. After Zoe re-enters her body from , it's clear that she doesn't want to be there. She wants to be back with Matthias where there is no pain, where she feels safe and loved. But after pleading and begging Matthias to come back he doesn't show up. His absence cuts deep into her heart. Zeo feels sad, lost and alone. And when Zoe's aunt steps in as Ariba's guardian, it confirms that Matthias isn't coming back. This causes more emotional damage to Zeo and her heart is broken into pieces.

However tough life may be without Matthias, Zoe knows she needs to pick up the pieces and move on. If not for herself, then for her sister and family. She needs to be there to take care of Ariba, since the rest of her family has decided to lose control. Luke, her brother has hit the weed and booze harder than ever. Her parents argue constantly and the students at her school are getting out of hand. Including her best friend Britt and her worst nightmare, Broody.

The beginning gripes the reader into this series. Zoe's heartache and sadness jumps out on every page and makes the reader feel like they were the ones going through this hardship. Once you get sucked in you won't want to put the book down. You'll start to tell your self  just one more chapter and before you know it, you'll have finished the entire book. Overall, interesting read, fast paced, and a new take on Angels.
Posted by Sammy at 10:40 AM