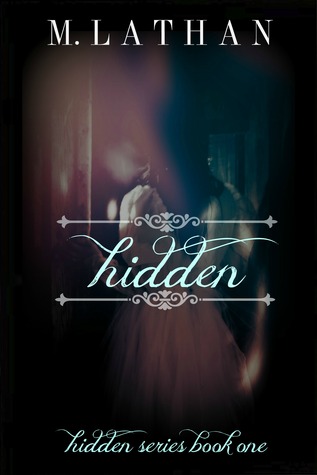 Sixteen-year-old Leah Grant has given up on being normal. She’d settle for stopping the voices in her head, intrusive visions of the future, and better odds of making it to her seventeenth birthday.


That’s the thing about pretending to be human in a world where magic used to exist – at any moment, her cover could be blown and she’ll be burned to death like the rest of the witches.


Everything changes when she loses control of her powers and flees the orphanage she grew up in. She desperately wants to be invisible but finds her face plastered on every news channel as humans panic over the possible resurgence of her kind. And now the hunters won’t give up until they find her.

Making friends for the first time in her life and falling in love with one of them drives her to discover why she is unlike any being she’s ever met – human or otherwise. The dangerous powers inside of her that would repel Nathan, her new, handsome reason for living, are priceless to some. The locked up forever kind of priceless. And to others, they are too dangerous to allow her to live.

Let’s hope she can stay hidden.

My Review:
The beginning started off at a slow pace focusing on the many small details of Leah Grant's life. She is a 16-year-old student living at a private school. She has known about her magical abilities since she was a small child and hiding her powers from the school and other students is a hard task. Leah has to keep her witch powers hidden so she doesn't get hunted down by the government and experimented on or put to death. There was a huge war between the humans and magical creatures after which everyone believes witches don't exists. However, they are in hiding.

Leah Grant is a shy, lonely, unsociable girl who gets picked on by the other girls at school everyday. Each day Leah gets insulted and humiliated which causes her to become depressed and angry. One day, when she has had enough emotional torture from her classmates, she loses her mind. She wishes that she can kill these girls for being rude, means, and heartless. Before Leah can process her thoughts, an old women comes to her rescue and asks her to trust her. Leah takes this woman's hand and ends up in . Soon Leah discovers that there is a huge hidden magical society that has made a treaty with the government and that she is a billionaire. Her parents kept her hidden so she would be safe after they died. Sophia, this mysterious witch that rescued Leah, asks her for a sum of money to help the other magical beings who need rescuing. Leah agrees to give Sophia the money if she can stay with Sophia and the others.

As Leah's new life begins, she feels right at home. Everyone is caring, loving, and helpful just like a family should be. But Leah will soon realize there is more to her than anyone ever guessed. She is far more special and powerful than the average witch. So at this point things start to get interesting and the pace is fastened. Leah starts to use her magic towards the end of the book, which I kind of didn't like. I would have rather seen her do magic a little early on, but that's just my point of view. Overall, an okay read. I haven't read a paranormal book only about witches, (usually a mix of the supernatural) so this was an interesting book to read. I liked the characters and the story line. However, I felt like it took forever to get to the point. Hopefully, the next book in this series is fast paced with more action and romance.

*Although I rated this book with only three starts, I will be continuing with this series just to find out what happens to Leah and her abilities. Plus I really want to know what happens between Leah and Nathan!!*