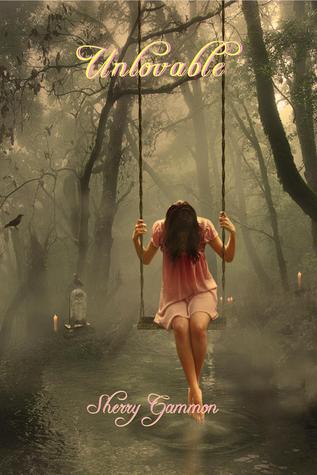 Port Fare, , has fallen into the clutches of true evil. The Dreser brothers have arrived with a scheme to increase drug sales in the area by whatever means possible. Seth Prescott is part of MET (Mobile Enforcement Teams) a branch of the DEA (Drug Enforcement Administration). He's been assigned to work undercover at Port Fare High, and things aren't going very well, until senior Maggie Brown enters the equation. He's harbored a secret crush on her from day one, and now that she is in the center of the case, he's trying to stay clear and objective while walking the line between business and unrequited love.

Maggie is truly the poster child for Heroin Chic, complete with jutting bones and dark-ringed eyes, but is she an addict, or is there another reason for her appearance? She struggles with her feelings for Seth, fearing he is just another person who will eventually let her down, as everyone in her life has done thus far.

Maggie has spent her life caring for her alcoholic mother. A task that has left her heavily burdened and alone. Before long, her mother's health takes a turn for the worst, sending Maggie's life into a tale-spin.

While Seth works relentlessly to inject fear into the dealers and flush them out into the open, Maggie fights to stay alive as the hunt turns deadly.

Seth and Maggie's romantic journey is one of humor, heartbreak, and self-discovery.


My Review:
Living with a mother who doesn't love you, care about you, or even knows you exist kind of sucks. Not to mention money is tight and making ends meet is quite difficult. Maggie Brown is a high school student trying to keep her head above water while taking care of her drunk mother, putting food on the table, getting bullied at school  and trying to  focus on pulling straight A's. Being a loner at school kind of causes you to be an outcast. It gives students a reason to pick on you and bully you. But for Maggie ignoring these idiots is the best solution to her problems. But when the hot new transfer student Seth Prescott, starts to show interest in her and wants to talk to her things start to change. She doesn't understand his interest and wants nothing to do with him.
Seth Prescott was assigned as a undercover cop at Port Fare to uncover the master minds behind the increase of the drug sales in the area that killed nine young children. From the start of his assignment, he has had a little crush on Maggie. But when she becomes the assignment he tries to do everything in his power to get on her good side. However, no matter what he does, she won't talk to him, smile at him or even acknowledge him. But his assignment requires him to get close to her since the MET suspect her mother to be involved in these drug sales. Will Maggie let Seth into her life? Will she allow him to put her broken life back together? Will Seth be able to handle the truth behind Maggie's hidden walls?

Overall, I really loved this book. Maggie was my favorite female lead in a long time and I loved her character so much! For once the female lead was mature, caring smart, and beautiful. She had the strength to keep moving forward even though her life was very shitty. Thank you Gammon for creating a strong mature character who got even stronger as the story continued. I also loved Seth's character. He was a gentlemen, sweet, caring, and very attractive. I really liked that he was humble about his life and continued with a charity his father had started before he died. Just an awesome book!