His to Claim by Opal Carew


In Opal Carew's His to Claim, Rafe Ranier, a rock musician by night and head of a multi-million dollar family business during the day, never wanted to get involved with his secretary.  But when their combustable attraction ignites, they wind up in bed together—and Rafe’s solitary world is shaken to its core.

Melanie, a shy wallflower who’s harbored a secret crush on her boss for years, is torn. Her heart couldn’t stand it Rafe breaks it off, but that doesn’t mean she can’t indulge in an illicit affair with him…as long as he understands that falling in love is not on the table.But when Melanie agrees to go on tour with Rafe and his band, Savage Kiss, they both discover that passion can set fire to even the most carefully laid plans. 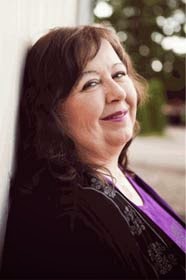 As Melanie stepped outside, Rafe behind her, she regretted that this time with him was about to

end. The tattoo had been painful, but not as bad as she’d anticipated. It had been so nice, though,

having him there to literally hold her hand through it.

She gazed at him in his jeans and tank top, tattoos visible over his chest and flowing

down his arms and she couldn’t help laughing. “I just got a mental picture of you dressed just as

you are now climbing into that shiny, black limo.”

He shrugged. “Sure, why not? Would you like to ride in the limo?”

She had always wanted to. It seemed so glamorous and luxurious. It would be a taste of

how the other half lived.

“Or, since it’s such a nice day, we could ride my motorcycle.”

She raised her eyebrow. “You have a motorcycle?”

“That’s right. It’s over there.” He nodded his head toward a big, gleaming, burgundy

Harley parked on the street in front of the shop. “But I know some women are a little intimidated

Melanie laughed. “Not me. I’ve always wanted to ride one.” She walked to the big

machine and ran her fingers over the soft, black, leather seat. “I would love to ride with you.”

His lips turned up in a devilish grin. “Really?”

She glanced at him and realized her statement might have sounded a little . . . sexual.

Suddenly, an image washed through her of straddling Rafe, and slowly moving up and down on

him, his big erection buried deep inside her. A wild surge of hormones vibrated through her.

As her cheeks blossomed with heat, she flicked her gaze to the seat again. “Um, yeah. It

would be a real adventure. Then I can cross two items off my bucket list—getting a tattoo and

“I never knew you had such a wild side.”

Before she could respond, he opened the back compartment and handed her a helmet,

then pulled one on himself.

pull it on. Ever the gentleman, Rafe grabbed it and held it up for her so she could easily push her

arms into the sleeves. As she zipped it up, he pulled a black leather jacket from the storage bin

and pulled it on.

Oh, man, he looked incredibly hot in denim and leather. He mounted the bike and she

climbed on behind him.

Once she was settled, he glanced back at her. “You sure you want to go straight home?”

“You know,” Rafe said, “if you’re interested in doing something artistic for a living, I’m

sure we could find something for you in the art department at Ranier Industries.”

Melanie smiled. “There you go trying to help me out again. You know, you’re not

“You’re right, but I’d like to help. Not because I feel obligated. I think you’re talented

and just need a chance to shine. I’d love to help you do that.”

motorcycle to find yourself?”

His lips quirked up. “No, but I have a big bank account to fall back on. And the family

business. You have to play it closer to the edge. But I get it. You want to do it on your own.”

She smiled and took a sip of her drink. “Talking about your time away, how was it

playing your guitar in front of huge audiences?”

His eyes glowed. “It was a pure adrenaline rush.”

She grinned. “A few months ago, I never would have been able to imagine Rafe Ranier,

businessman, always impeccably dressed in a designer suit, playing guitar with a rock band in

front of screaming fans, but after seeing you with your tattoos and leather jacket, and riding the

The intensity of his gaze unsettled her.

“If I can be some part of you breaking free and finding yourself, that makes me feel

She gazed into his sky blue eyes, her heartbeat increasing. “I’m glad I make you feel

He was so close. With his broad shoulders and impressive height, she felt tiny in

comparison. She felt the pull of his masculinity as she leaned a little closer. Heat simmered in his

eyes as his face drew nearer, then he tipped up her chin. Her breath held as his lips brushed hers.

Lightly. Tenderly. Then his mouth moved on hers. She breathed in his musky male scent mixed

with leather and mint. The tip of his tongue teased her lips and she opened. Her arms swept

around his neck as he slid into her mouth. His hands glided around her waist and he drew her

closer. Her eyelids fell closed as she felt his arms envelop her.

Oh, God, this was really happening. She was in Rafe Ranier’s arms. They were alone in

her apartment and he was kissing her. Her bedroom was only yards away. She curled her tongue

around his and stroked it. Weak with need, she melted against him.

His mouth drew away and she opened her eyes.

He seemed uncertain. “Melanie, are you sure—”

Email ThisBlogThis!Share to TwitterShare to FacebookShare to Pinterest
Labels: Spotlight